Do you know your pitchpoling from your rhumb line? We thought you might find it useful to have a glossary of sailing terms. So here it is! We’ve also thrown a few in for fun!

Tacking – In order to go upwind, sailboats have to take a 45 degree angle on the wind. First right, then left, creating a zig-zag effect. Each turn in which the bow of the boat crosses through the wind is called a tack.

Gybing – Gying is the opposite of tacking. A gybe is when the stern of the boat crosses through the wind.

Did you know? The term ‘all above board’ comes from the sailing term – on or above the deck, in plain view, not hiding anything.

Surfing – Just like on a surfboard, surfing in a sailboat means using a wave to propel yourself forward.

Broaching – When a boat is overpowered, and the wind turns the boat over, stopping it in the water, this is broaching.

Did you know? No room to swing a cat comes from an old sailing term? The ship’s company was expected to witness floggings on deck, and if it was very crowded, the bosun might not have room to swing the ‘cat o’ nine tails’ – the whip!

Planing – A boat can only move through water at a certain speed. Planing is when a boat actually rises above the water and skims along the surface, a bit like a waterskier.

Rounding up and rounding down – Boats round up (steer toward the wind) when they’re overpowered. Like tacking, rounding up relieves the pressure from the boat. Rounding simply means to sail downwind.

Did you know? ‘Aye Aye’ Aye is used in reply to an order, to indicate that it is heard, and secondly is understood and will be carried out.

Capsizing – Capsizing is when a boat flips sideways or rolls.

Pitchpoling – Pitchpoling a form of capsizing, but instead of rolling, pitchpoling is when a boat capsizes end-over-end.

Turtling – Just like when a turtle rolls on its back and cant turn back over, turtling is when a boat capsizes and can’t turn back over. To allow for a safe escape, some boats are built with turtle hatches on the underside of the boat.

Did you know? The term ‘fly by night’ comes from the name of a large sail used only for sailing downwind, requiring little attention.

Canting Keel – A keel is the weighted fin at the bottom of a sailboat. In the past, this is attached to the hull of the boat, but for racing, putting the keel on a hinge, gives the boat more speed and control.

Nautical Mile – Nautical miles are used by sailors as apposed to any other measurement as nautical miles represent the curvature of the earth rather than a straight line. One minute, or one 60th of a degree, in latitude, is one nautical mile.

Did you know? A fathom is a unit of length equal to 6 feet, roughly the distance between a man’s outstretched hands.

Rhumb Line – Picking two points on a chart and following the distance between them, is the rhumb line. Its very easy to navigate a rhumb line, for short distances.

Many more boating articles are available from TheYachtMarket.com in addition to listings of many thousands of boats for sale and charter world-wide. 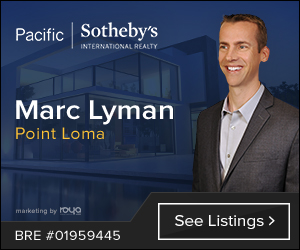